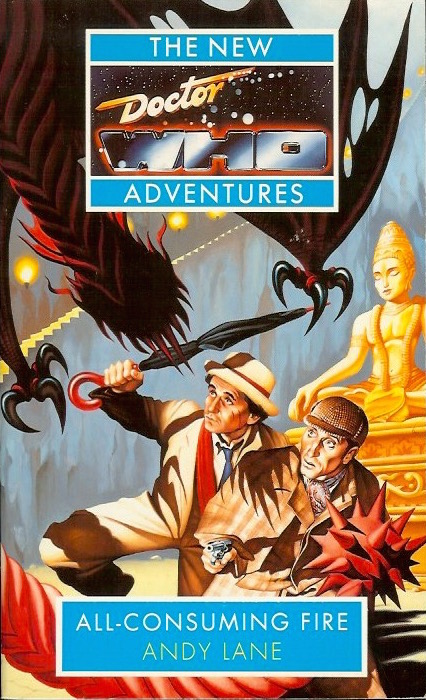 "I've been all over the universe with you, Doctor, and Earth in the nineteenth century is the most alien place I've ever seen."

England, 1887. The secret library of St John the Beheaded has been robbed. The thief has taken forbidden books which tell of mythical beasts and gateways to other worlds. Only one team can be trusted to solve the crime: Sherlock Holmes and Doctor Watson.

As their investigation leads them to the dark underside of Victorian London, Holmes and Watson soon realise that someone else is following the same trail. Someone who has the power to kill with a glance. And they sense a strange, inhuman shape observing them from the shadows. Then they meet the mysterious traveller known only as the Doctor—the last person alive to read the stolen books.

While Bernice waits in nineteenth-century India, Ace is trapped on a bizarre alien world. And the Doctor finds himself unwillingly united with England’s greatest consulting detective.

Sherlock Holmes: Adventures for the Twelve Days of Christmas (2015)

A collection of six Holmes stories set during the Christmas season. Riccard also produced a second volume of six more stories, Further Adventures for the Twelve Days of Christmas. 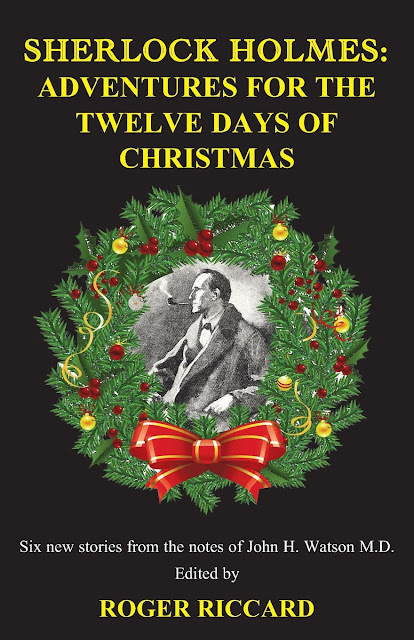 This third book by Roger Riccard brings forth a series of six short stories occurring during the Christmas seasons of Sherlock Holmes' career, with each title taking its name from the carol, The Twelve Days of Christmas.

Email ThisBlogThis!Share to TwitterShare to FacebookShare to Pinterest
Labels: Adventures for the Twelve Days of Christmas, Short Stories

Sherlock Holmes and the Copycat Murders (2000) 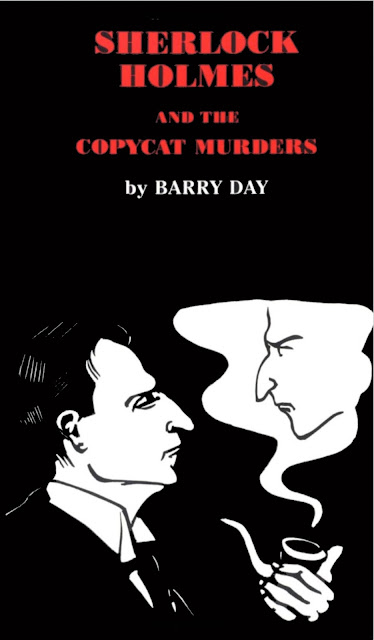 London 1900 and Sherlock Holmes finds himself investigating a string of murders that have one common thread–each of them recalls one of his earlier cases. Has the great mind finally cracked–Watson wonders–and how is all this connected to Britain's latest secret weapon and the doings of the enigmatic Graf von Bork and the mysterious Society for Anglo-German Solidarity?

Email ThisBlogThis!Share to TwitterShare to FacebookShare to Pinterest
Labels: Sherlock Holmes and the Copycat Murders

The Criminal Mastermind of Baker Street (2017)

What if Sherlock Holmes was actually a master criminal? A clever reimagining of the Canon from a different point of view. Read a review at Sherlock Peoria. 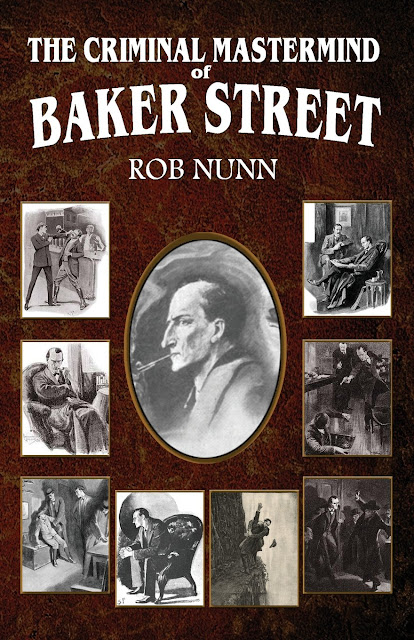 What if Sherlock Holmes had turned to crime instead of detection? THE CRIMINAL MASTERMIND OF BAKER STREET by Rob Nunn investigates this very concept. Holmes famously said that "when a clever man turns his brains to crime it is the worst of all." A sinister influence is at work in Victorian London with Sherlock Holmes and Doctor Watson running a hidden criminal empire. THE CRIMINAL MASTERMIND OF BAKER STREET explores all of Sir Arthur Conan Doyle's original stories through the lens of Holmes as a criminal while adding many new exciting tales of Holmes' daring to delight its readers.

Mycroft Holmes and the Adventure of the Desert Wind (2017)

The first in what promises to be a series of adventures by Janina Woods featuring Sherlock's brother Mycroft. 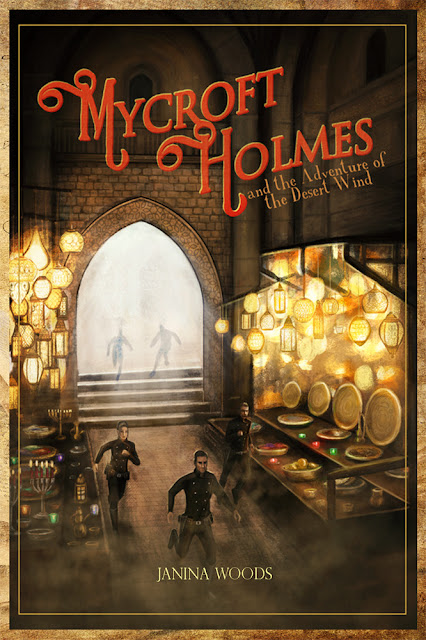 Dr. Watson receives a cursed note, summoning him to the city of Milan. In his plight, he turns to the one person who can help him: Mycroft Holmes, secret agent and eternally concerned elder brother. Mycroft has to team up with Dr. Watson and fellow agent Victoria Trevor to follow Sherlock’s trail and stand against the dark forces that threaten his life.