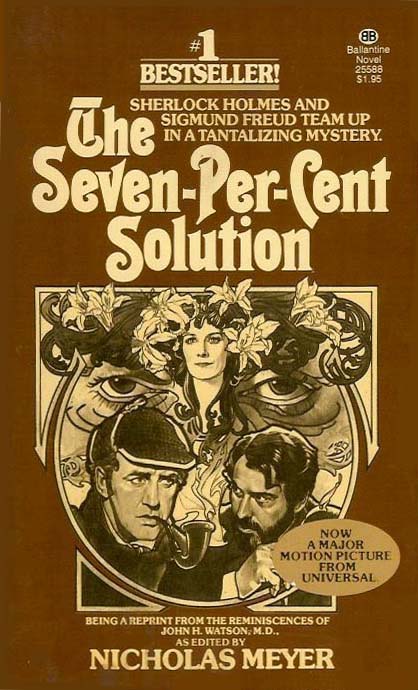 Little could Dr. Watson believe that the pathetic figure huddle before him was the great detective Sherlock Holmes. Alas it was his old friend Holmes, but a Holmes in bondage – not to any arch villain – but to a 7% solution of cocaine and sterile water. Driven by the drug to wild ravings, Holmes had to be duped into rehabilitation – before it was too late....

We are absolutely being spoiled by new Nicholas Meyer: