Sherlock Holmes vs. the Martians! Not as anachronistic as one might think. Recall the original H.G. Wells story was set in London during the time of Holmes. 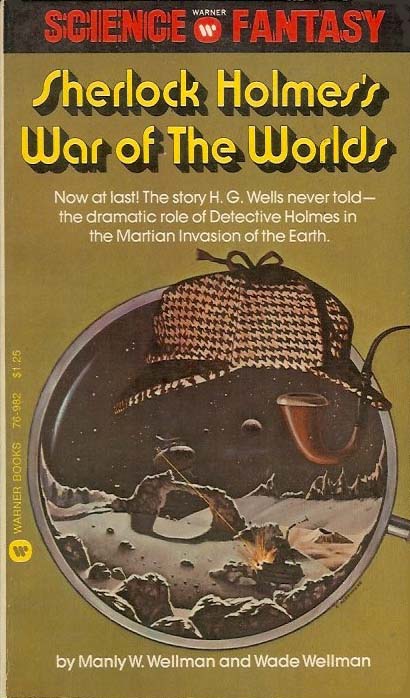 The War of The Worlds...

So terrifying, it rocked the world when H.G. Wells reported it in 1897–and again, in 1938, when Orson Welles broadcast it.

But there was far more to the story than ever was told. Two of Sir Arthur Conan Doyle's most famous characters, Sherlock Holmes and Professor Challenger, played pivotal roles in the historic happenings. Here are the facts, never before revealed, of the confrontation: two of the most remarkable intellects the Earth ever produced pitted against beings intelligent enough to conquer space. Read now–

How Holmes and Challenger knew an invasion was coming.

How they survived the occupation of London

How they captured an alien invader.

How the deduced the origin of the invaders.

The Reason for the landings–and the fatal flaw in the plan for conquest.

A clever concept for a pastiche is The Moriarty Papers "complied by Colonel Sebastian Moran." First released in 2011 by New Holland Publishers and later released by Ivy Press in 2018. 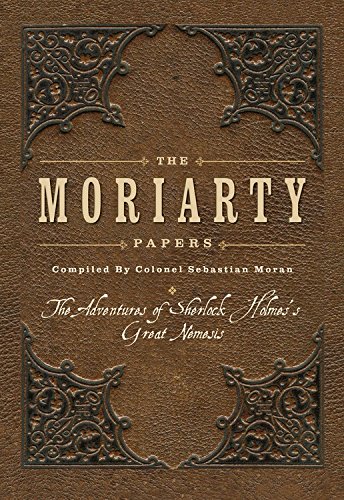 The infamous Professor James Moriarty is a brooding presence in all of the adventures of celebrated British detective Sherlock Holmes. Yet his actions are described only once in "The Final Problem", when he and Holmes wrestle on the brink of the Reichenbach Falls, and he gets scant mention in five other reports. So who exactly was Moriarty? A power-crazed mathematician, as described by Arthur Conan Doyle? The public face of an underground brotherhood? Or the cocaine-induced Hyde to Holmes' Jekyll? "The Moriarty Papers" hold the key. Assembled after Moriarty's death by his head of Security Operations, Colonel Sebastian Moran, these unique documents confirm Moriarty as the supervillain that Holmes took him for. Indeed, they reveal him to be a criminal mastermind. Read this book and discover the darkest of secrets of Sherlock Holmes's arch rival.