No, not Mycroft. It's Sigerson! This is the novelization of the 1975 film written, directed and starring Gene Wilder. 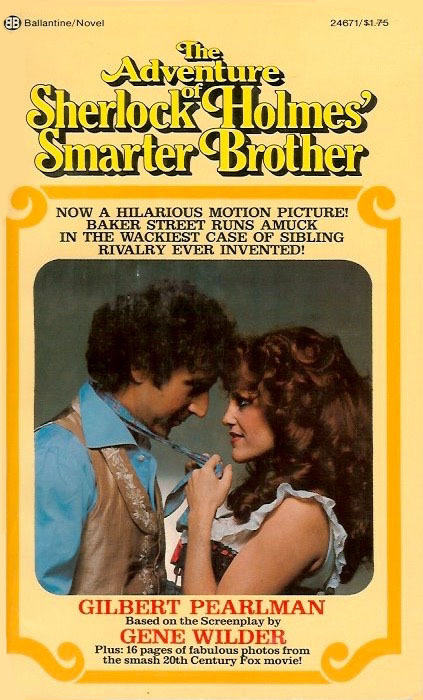 Can the sexual insecurities of one young beauty determine the fate of England?
Of course. But how?
Elementary!
Huh? As you can see, this is no case for any ordinary detective.
This is a case for...
Sigerson Holmes?

It's Sherlock's smarter brother (believe us, he's not ordinary) up to the family snuff in a riotous case of stolen documents and stolen love where one clue doesn't necessarily lead to another–but you're too busy laughing to care!

I admit I'm not a fan of Elementary, the American version of the excellent BBC series, Sherlock, but I'm intrigued to see the series has spawned original mass market tie-in novels. This first book, The Ghost Line, was released in 2015. A second, Blood and Ink, will be released in April 2016. 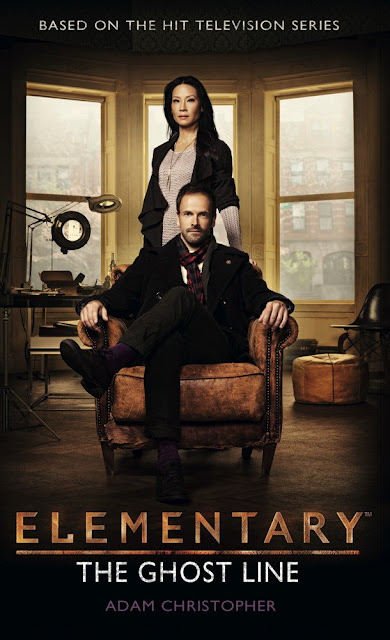 Summons to a bullet-riddled body in a Hell’s Kitchen apartment marks the start of a new case for consulting detectives Sherlock Holmes and Joan Watson. The victim is a subway train driver with a hidden stash of money and a strange Colombian connection, but why would someone kill him and leave a fortune behind?

The search for the truth will lead the sleuths deep into the hidden underground tunnels beneath New York City, where answers—and more bodies—may well await them...

A novel about Mycroft Holmes written by basketball great Kareem Abdul-Jabbar who, it turns out, is a Sherlockian. Who knew? 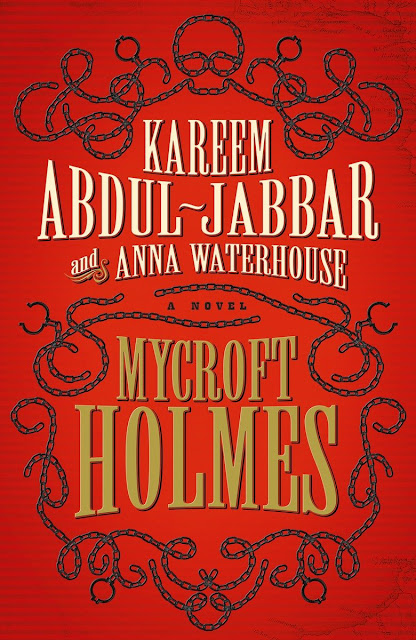 Fresh out of Cambridge University, the young Mycroft Holmes is already making a name for himself in government, working for the Secretary of State for War. Yet this most British of civil servants has strong ties to the faraway island of Trinidad, the birthplace of his best friend, Cyrus Douglas, a man of African descent, and where his fiancée Georgiana Sutton was raised.

Mycroft’s comfortable existence is overturned when Douglas receives troubling reports from home. There are rumors of mysterious disappearances, strange footprints in the sand, and spirits enticing children to their deaths, their bodies found drained of blood. Upon hearing the news, Georgiana abruptly departs for Trinidad. Near panic, Mycroft convinces Douglas that they should follow her, drawing the two men into a web of dark secrets that grows more treacherous with each step they take...

Written by NBA superstar Kareem Abdul-Jabbar and screenwriter Anna Waterhouse, Mycroft Holmes reveals the untold story of Sherlock’s older brother. This harrowing adventure changed his life, and set the stage for the man Mycroft would become: founder of the famous Diogenes Club and the hidden power behind the British government.

A major collection of over 80 Sherlock Holmes pastiche and parodies assembled by famed publisher and Otto Penzler. Released in the U.S. as The Big Book of Sherlock Holmes Stories, this is the UK edition from Head of Zeus. You can read a review of the book at Baker Street Babes. 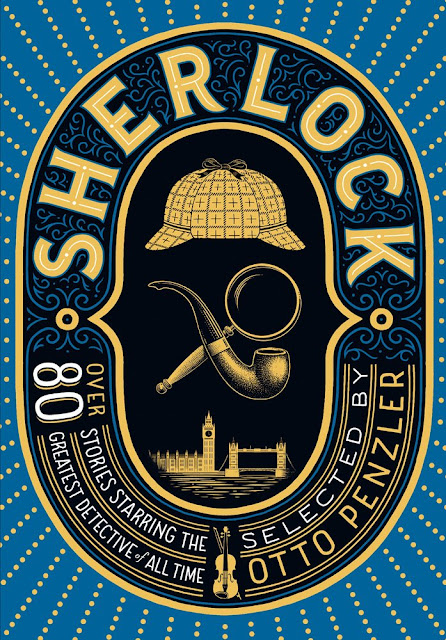 In 1887, Arthur Conan Doyle put pen to paper and created a legend: Sherlock Holmes. The greatest detective of all time. His tall, slender, hawk-nosed figure with his deerstalker hat is instantly recognizable in every corner of the world. Alongside Doyle's original stories, Sherlock has spawned a literature of his own in parodies and homages. More than 25,000 books, stories and articles have been written by authors, amateurs and scholars. In this stupendous anthology, the best and most brilliant are collected together for the first time.