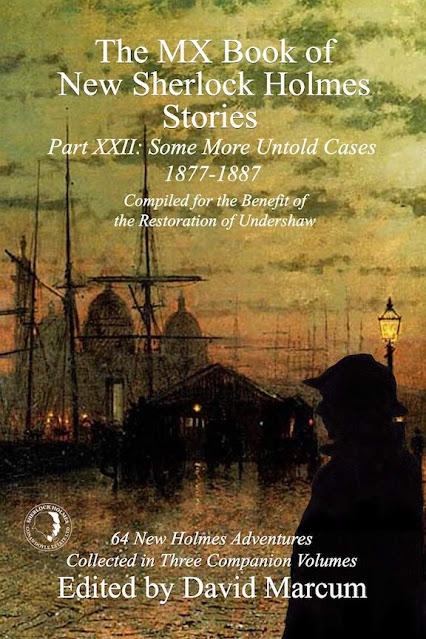 Throughout the original Holmes Canon, there were hints and teases of other intriguing cases - The Giant Rat of Sumatra . . . The Abernetty Tragedy . . . The Manor House Case. Watson mentions well over one-hundred of these, which have collectively come to be known as The Untold Cases. Now, once again MX Publishing brings us sixty-four of these adventures in three simultaneously published volumes, with all royalties going to support the Stepping Stones School at Undershaw, one of Sir Arthur Conan Doyle's former homes.

Mycroft and Sherlock: The Empty Birdcage (2019) 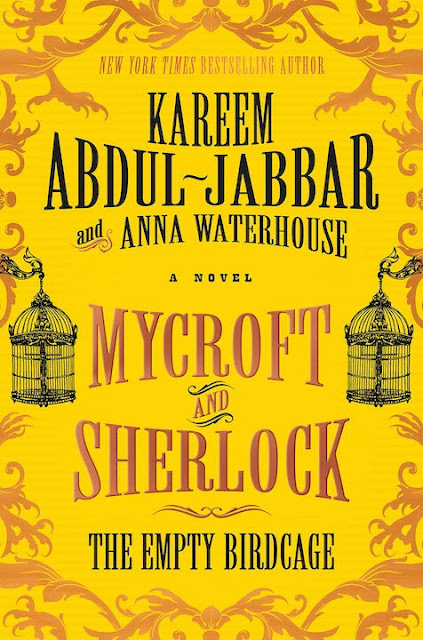 It is 1873, and as the economies of Europe threaten to crumble, Mycroft Holmes finds himself in service to the Crown once again. A distant relative of Queen Victoria has been slain by the Fire Four Eleven killer, a serial murderer who leaves no mark upon his victims, only a mysterious calling card. Meanwhile, Sherlock has already taken it upon himself to solve the case, as his interest in the criminal mind grows into an obsession.

Mycroft begrudgingly allows Sherlock to investigate, as Ai Lin--the woman he is still in love with--needs his aid. Her fiancé has been kidnapped, and the only man who might know his fate is a ruthless arms dealer with a reputation for killing those who cross him. Mycroft persuades his friend Cyrus Douglas to help find the young man, but Douglas himself is put in harm's way.

As Sherlock travels the country on the hunt for the Fire Four Eleven murderer, both he and Mycroft will discover that the greed of others is at the root of the evil they are trying to unearth...

Sherlock Holmes and the Beast of the Stapletons (2020)

The seventh pastiche from author James Lovegrove offers a continuation of The Hound of the Baskervilles. 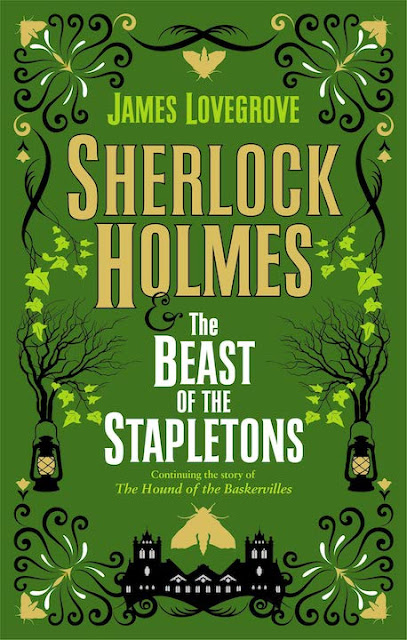 New York Times bestselling author James Lovegrove's continues the story of Sherlock Holmes and The Hound of the Baskervilles, as five years later, another monstrous creature stalks across Dartmoor...

1894. The monstrous Hound of the Baskervilles has been dead for five years, along with its no less monstrous owner, the naturalist Jack Stapleton. Sir Henry Baskerville is living contentedly at Baskerville Hall with his new wife Audrey and their three-year-old son Harry.

Until, that is, Audrey's lifeless body is found on the moors, drained of blood. It would appear some fiendish creature is once more at large on Dartmoor and has, like its predecessor, targeted the unfortunate Baskerville family.

Sherlock Holmes and Dr Watson are summoned to Sir Henry's aid, and our heroes must face a marauding beast that is the very stuff of nightmares. It seems that Stapleton may not have perished in the Great Grimpen Mire after all, as Holmes believed, and is hell-bent on revenge...