The Exploits of Sherlock Holmes (1954)

The first official Sherlock Holmes continuation was this collections of new stories penned by Adrian Conan Doyle and John Dickson Carr. This hardcover edition was published in 1954. I've also covered the 1976 paperback. 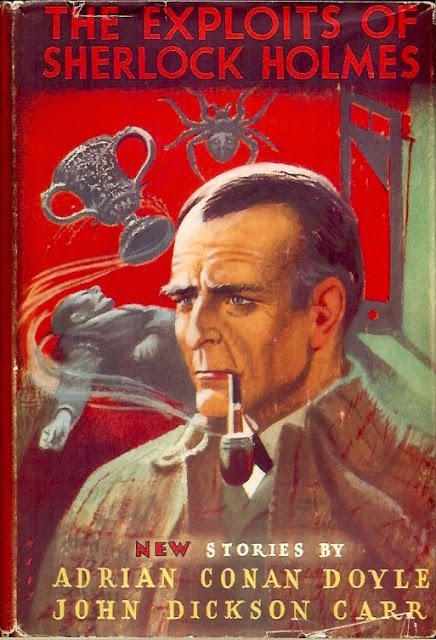 This is a collection of Entirely New Sherlock Holmes stories written by son of Sir Arthur Conan Doyle and that master of detective fiction John Dickson Carr.

Sherlock Holmes Through Time and Space (1985) 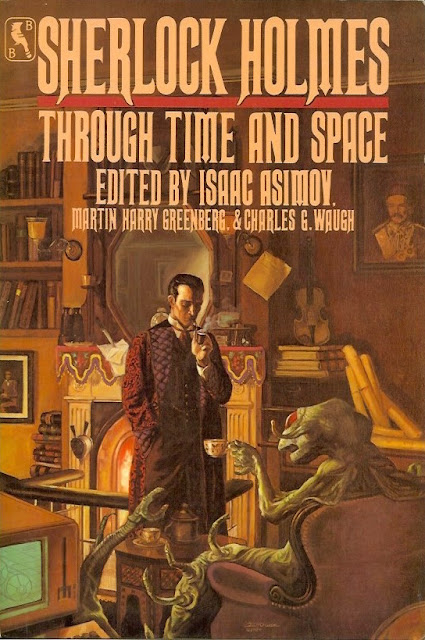 In this outstanding collection of Sherlockian tales, the master of detection solves the most fantastic cases pf his career. Herein are answered questions which have plagued loyal readers for decades, including: What is the truth about the mysterious seance of Sumatra? What occurs when Holmes must pursue and extra-terrestrial? Is it possible that there is an alien Sherlock Holmes? What is the dreadful truth behind the disappearance of J. Adrian Fillmore? These and other matters are thoroughly and delightfully solved by a distinguished group of authors including Sir Arthur Conan Doyle, Isaac Asimov, Poul Anderson, Gordon R. Dickson, Philip Jose Farmer, Sterling Lanier, Gene Wolfe, Edward Wellen and others, for your amusement and edification.