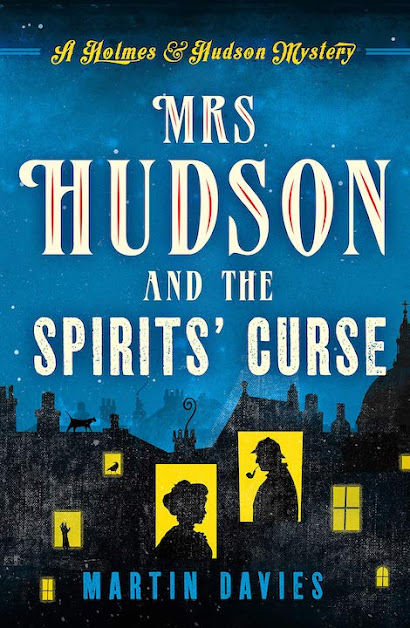 What if Baker Street’s most gifted resident wasn't named Sherlock Holmes? What if, instead, that title belonged to his unassuming housekeeper, Mrs.Hudson? Playfully breaking with convention, Mrs. Hudson and the Spirits' Curse brings a fresh twist to the classic Victorian mystery.

An evil stalks London, blown in from the tropics. Stories of cursed giant rats and malign spirits haunt the garrets of the East London neighborhood of Limehouse. A group of merchants are dying one by one. The elementary choice to investigate these mysterious deaths is, of course, the team of Holmes and Dr Watson. But the unique gifts of their housekeeper, Mrs Hudson, and her orphaned assistant Flotsam, will also be needed to solve the case. Can she do it all under the nose of Sherlock himself?

Email ThisBlogThis!Share to TwitterShare to FacebookShare to Pinterest
Labels: Mrs. Hudson and the Spirits' Curse

Here's a crossover that I never expected to see. And now that I'm seeing it, I still don't believe it! But I guess there's no place like home. 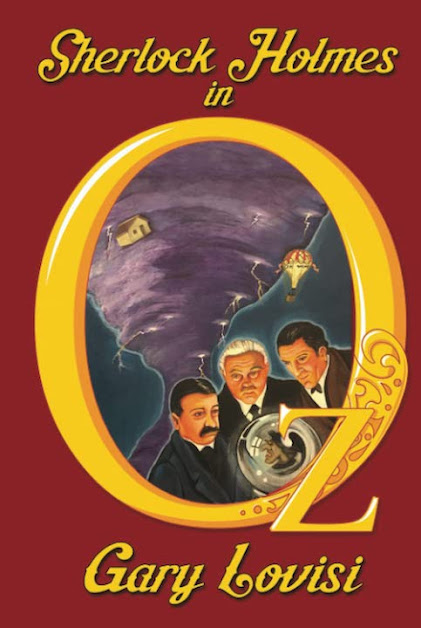 Gary Lovisi presents a new Sherlock Holmes adventure set in the magical land of Oz, as Holmes and Watson take on their most fantastic case—the Red Poppy Menace! Sure to delight all fans of both Sherlock Holmes and Oz, this edition is profusely illustrated by Lucille Cali.