The adventures of Mary Russell and her husband Sherlock Holmes (!) continue in Laurie R. King's Locked Rooms. First published in hardcover in 2005. This Batman paperback is from 2006. 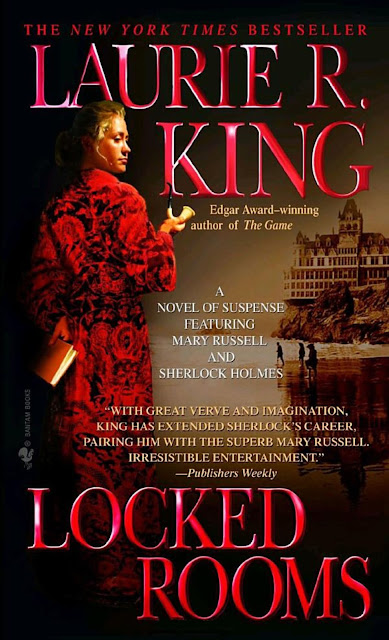 Mary Russell and her husband Sherlock Holmes are back in Laurie R. King’s highly acclaimed New York Times bestselling mystery series. And this time the first couple of detection pair up to unlock the buried memory of a shocking crime with the power to kill again–lost somewhere in Russell’s own past.

After departing Bombay by ship, Mary Russell and her husband Sherlock Holmes are en route to the bustling modern city of San Francisco. There, Mary will settle some legal affairs surrounding the inheritance of her family’s old estate. But the closer they get to port, the more Mary finds herself prey to troubling dreams and irrational behavior–a point not lost on Holmes, much to Russell’s annoyance.

In 1906, when Mary was six, San Francisco was devastated by an earthquake and a raging fire that reduced the city to rubble. For years, Mary has denied any memory of the catastrophe that for days turned the fabled streets into hell on earth. But Holmes suspects that some hidden trauma connected with the “unforgettable” catastrophe may be the real culprit responsible for Mary’s memory lapse. And no sooner do they begin to familiarize themselves with the particulars of the Russell estate than it becomes apparent that whatever unpleasantness Mary has forgotten, it hasn’t forgotten her. Why does her father’s will forbid access to the house except in the presence of immediate family? Why did someone break in, then take nothing of any value? And why is Russell herself targeted for assassination?

The more questions they ask of Mary’s past, the more people from that past turn out to have died violent, unexplained deaths. Now, with the aid of a hard-boiled young detective and crime writer named Hammett, Russell and Holmes find themselves embroiled in a mystery that leads them through the winding streets of Chinatown to the unspoken secrets of a parent’s marriage and the tragic car “accident” that a fourteen-year-old Mary alone survived–an accident that may not have been an accident at all. What Russell is about to discover is that even a forgotten past never dies…and it can kill again. 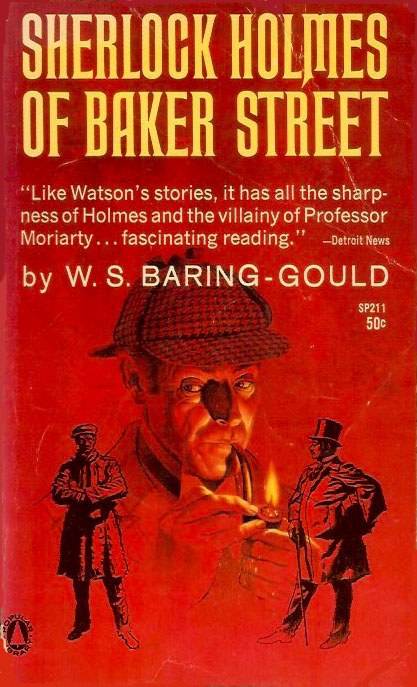 "The greatest detective of all time"

"A fascinating piece of work...new and startling... Did you know, for example, that the notorious Jack the Ripper was identified and brought to justice? Well, he was; and by no less a personage than the master sleuth, Holmes. And who was Jack? You are in for a real surprise...

"And did you know that Irene Adler bore Holmes a son, who now lives in New York and is a great detective in his own right? Read and discover for yourselves..." –Best Sellers