Anthony Horowitz followed up his successful Holmes pastiche The House of Silk with another bestseller about Professor Moriarty. The author has promised more Holmes and Moriarty adventures to come. 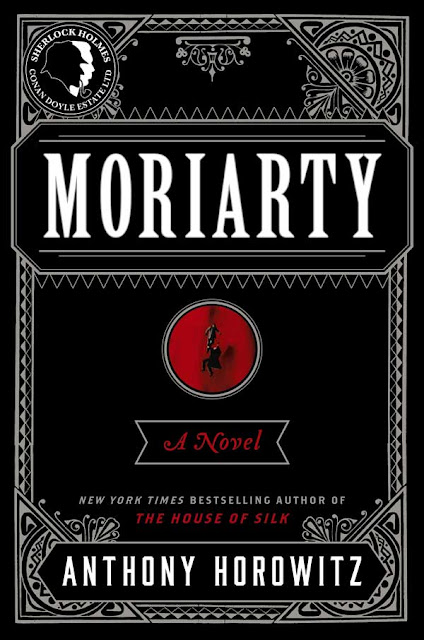 The game is once again afoot in this thrilling mystery from the bestselling author of The House of Silk, sanctioned by the Conan Doyle estate, which explores what really happened when Sherlock Holmes and his arch nemesis Professor Moriarty tumbled to their doom at the Reichenbach Falls.

Internationally bestselling author Anthony Horowitz’s nail-biting new novel plunges us back into the dark and complex world of detective Sherlock Holmes and Moriarty—dubbed the Napoleon of crime” by Holmes—in the aftermath of their fateful struggle at the Reichenbach Falls.

Days after the encounter at the Swiss waterfall, Pinkerton detective agent Frederick Chase arrives in Europe from New York. Moriarty’s death has left an immediate, poisonous vacuum in the criminal underworld, and there is no shortage of candidates to take his place—including one particularly fiendish criminal mastermind.

Chase and Scotland Yard Inspector Athelney Jones, a devoted student of Holmes’s methods of investigation and deduction originally introduced by Conan Doyle in “The Sign of Four”, must forge a path through the darkest corners of England’s capital—from the elegant squares of Mayfair to the shadowy wharfs and alleyways of the London Docks—in pursuit of this sinister figure, a man much feared but seldom seen, who is determined to stake his claim as Moriarty’s successor.

A riveting, deeply atmospheric tale of murder and menace from one of the only writers to earn the seal of approval from Conan Doyle’s estate, Moriarty breathes life into Holmes’s dark and fascinating world.