Another novel that puts Professor Moriarty front and center. Michael Kurland also penned sequels: Death By Gaslight, The Empress of India, The Great Game and Who Thinks Evil. Great cover art on this first paperback edition from 1979. 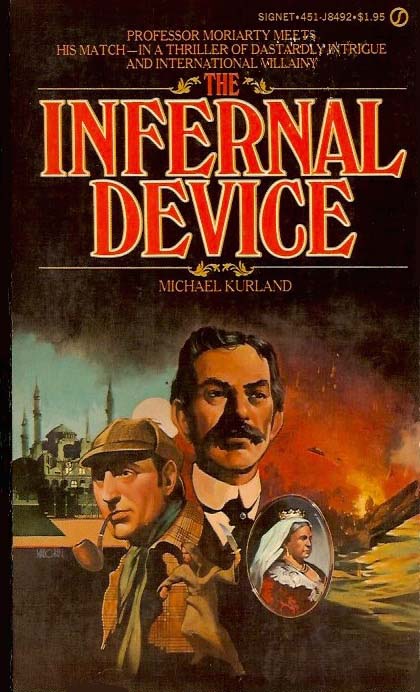 SCOTLAND YARD WAS HELPLESS.
SHERLOCK HOLMES WAS HOPELESS.
AND JUST ONE MAN COULD SAVE THE QUEEN,
THE EMPIRE, THE WORLD.

Who was the single figure who alone could foil the most cunning plot ever to threaten civilization with unspeakable horror?

None other than that archenemy of the law...that mastermind who obsessed Sherlock Holmes to the point of madness...that extraordinary hero whose true natures is revealed on these thrilling pages for the first time–

Professor James Moriarty, the Napoleon of Crime, and now the world's last hope to circumvent the villainy of a loathsome Russian for.