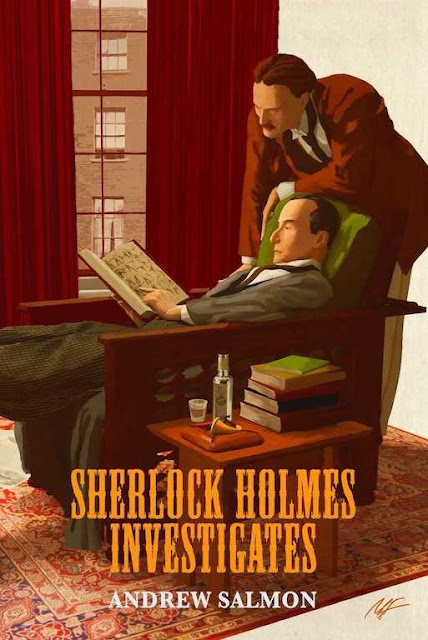 Andrew Salmon's first Sherlock Holmes tale, The Adventure of the Locked Room, was a hit right out of the gate, winning an award for Best Short Story the year it was published. Salmon followed up this success by garnering rave reviews, numerous award nominations and a second win for Best Short Story for his Holmes adventures before breaking new ground with the best selling Fight Card Sherlock Holmes trilogy.

Now, for the first time, ALL FIVE of his award-winning and nominated Holmes tales have been collected in Sherlock Holmes Investigates!

What happened to the tenant in 221B Baker Street before Holmes and Watson moved in? Mystery and murder cast long shadows over idyllic Towne Manor - what will Holmes and Watson discover there? A daring assassination attempt has left Holmes close to death and it's up to Dr. Watson and Mycroft Holmes to bring the villain to justice. Is there a werewolf loose in Limehouse or is something much more sinister killing policemen? Who is pulling off daring raids at Portsmouth and disappearing without a trace?

These mysteries and more await!