The MX series of new Sherlock Holmes stories continues with some holiday adventures. This is the first of three companion volumes published for Christmas 2021. 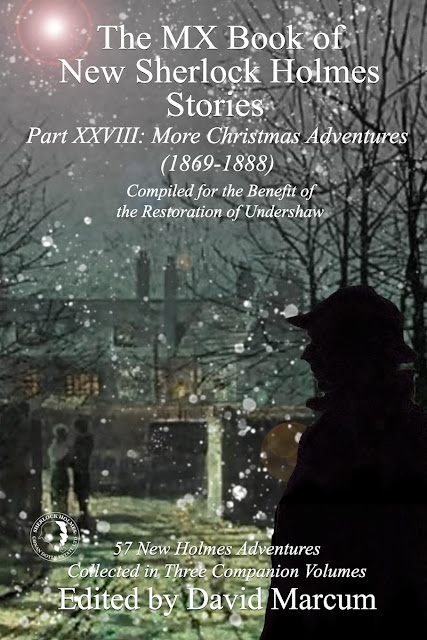 In Fall 2016, the series presented its first "themed" collection - Part V: Christmas Adventures - containing 30 new adventures that proved to be extremely and enduringly popular. With that in mind, we now revisit that season, with 57 more Christmas Adventures, ranging from a consequential case that occurred when Holmes was still a teenager, to another in the late 1920's when Holmes - in retirement - was still at the top of his game.

The fifty-seven stories in these three companion volumes are a thrilling mix of mysteries, whatever the season. Some are directly involved with Christmas, while others occur during and in around that season. These represent some of the finest new Holmesian storytelling to be found by the best pasticheurs, and once again they honor the man described by Watson as "the best and wisest . . . whom I have ever known."