This Sherlock Holmes vs. Jack The Ripper adventure by sci-fi author Arthur Byron Cover is set two million years in the future. The stunning cover art is by legendary fantasy artist Boris Vallejo. 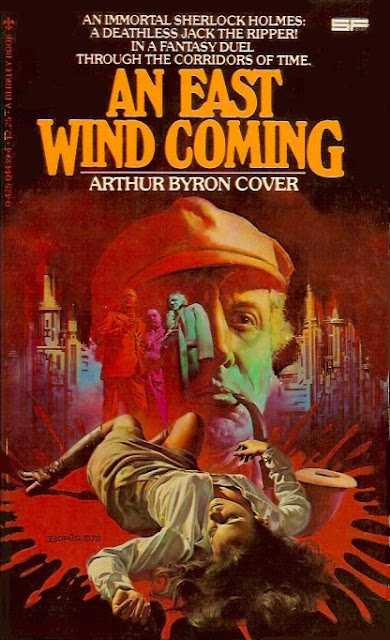 IN THE GOLDEN CITY OF THE GODS, THE LEGENDS LIVE

It was two million years in the future and they were immortal––Holmes, Watson, all the Great Ones. With nothing to master but limitless Time.

But that was before the killing began, before the world's greatest sleuth discovered that history's most heinous criminal was also "alive" and steeping the East End of the Eternal City in the blood of goddesses.

Somehow they had to stop him from wielding his antimatter blade. But the puzzle's solution would be less than elementary––and much more bizarre than even Holmes could envision––for an Eternity to come.