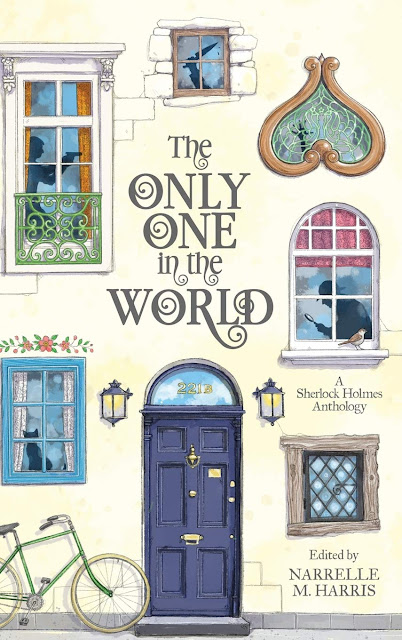 'Well, I have a trade of my own. I suppose I am the only one in the world. I'm a consulting detective, if you can understand what that is.' - Sherlock Holmes to Dr John Watson, A Study in Scarlet.

Since his first appearance in 1887, Sherlock Holmes has been the quintessential English sleuth, alongside his loyal companion and biographer, Doctor John Watson.

But what if they had come from some other place in the world, or another time? How would they differ from Conan Doyle's creations? How similar might they remain?

Holmes and Watson are herein re-imagined in new cultural contexts, in different genders and sexualities, and in stories rich in foreign detail that still reflect their origins.

You will discover how the Great Detective remains singular in every world!

Email ThisBlogThis!Share to TwitterShare to FacebookShare to Pinterest
Labels: Short Stories, The Only One in the World