Having had Holmes battle Dracula in an earlier novel, Loren D. Estleman next paired the great detective with Dr. Jekyll & Mr. Hyde. A strange case indeed. 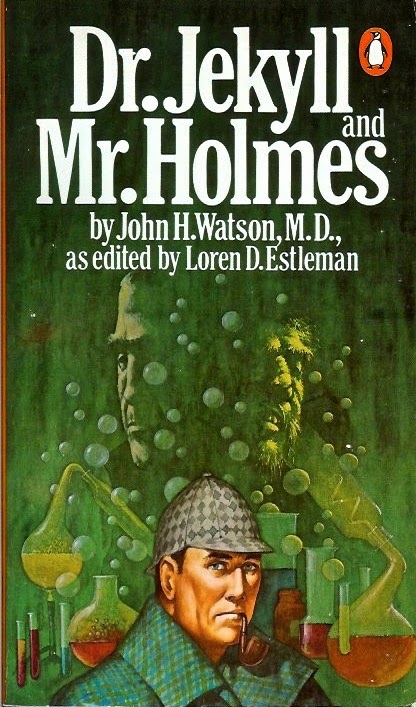 "It is a business most dark and sinister, and before it is finished, I fear that more than one life may be ruined...."

Sherlock Holmes was right, as the savage murder of Sir Danvers Carew later proved. With Dr. John H. Watson, Holmes has already encountered the evil young hedonistic Edward Hyde and knew he was strangely connected with Henry Jekyll, the wealthy, respectable London doctor. It was not until the Queen herself requested it, however, that Holmes was officially on the case, the blackest mystery of his career! Although Robert Louis Stevenson published his tale of Dr. Jekyll and Mr. Hyde as fiction, the hideous facts were true insofar as Stevenson knew them. Here, finally, is the entire firsthand account of that devilish crime as recorded by Dr. Watson, with an explanation of why Holmes's personal involvement had to be kept secret––until now....