Holmes's brother Mycroft gets his own adventure. But which brother is this supposed to be on the cover of this 1980 paperback from Playboy Press? 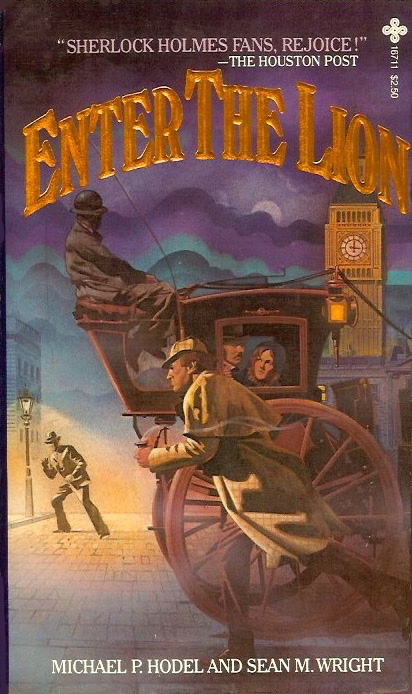 An incredible manuscript is unearthed, containing an astounding tale told by Mycroft Holmes, the mysterious elder brother of the world-famous sleuth Sherlock Holmes.

It is 1875, and Mycroft is embroiled in a fantastic scheme to overthrow the American government and restore the Confederacy under British rule. The conspiracy involves spies, counterspies, murder and kidnapping – and extends to William Gladstone, Benjamin Disraeli, a young Sergeant Lestrade, and the villainous Moriarty family.

As the Holmes brothers dash through Victorian London, following clues and culprits alike, their dramatic discoveries end in a thrilling chase through the sky.