This original Sherlock Holmes short story by House of Silk author Anthony Horowitz was released as an eBook in 2014. 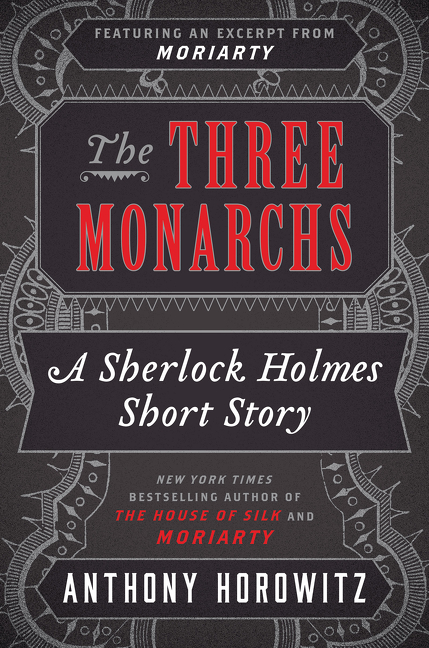 An original Sherlock Holmes short story from the New York Times bestselling author of The House of Silk and Moriarty—one of the only writers to earn the seal of approval from Conan Doyle’s estate.

In this e-original short story, Sherlock Holmes and James Watson come together once again to uncover the motive behind a robbery gone awry. When an elderly man shoots an intruder he finds in his home, it seems like a clear case of self-defense. What’s not so clear is why the robber was there. His bag contains no silver or jewelry­—only three crude ceramic figurines of Queen Victoria which were mass-produced for her Golden Jubilee. When two of the figurines are traced to other houses on the same street, it’s Sherlock Holmes who sees the key to unlock the mystery.

Also see: The House of Silk
Posted by John Cox at 9:54 AM
Email ThisBlogThis!Share to TwitterShare to FacebookShare to Pinterest
Labels: Anthony Horowitz, eBook, Short Stories