Laurie R. King's sequel to The Beekeeper's Apprentice. First published in hardcover in 1995. This Batman paperback is from 1997. 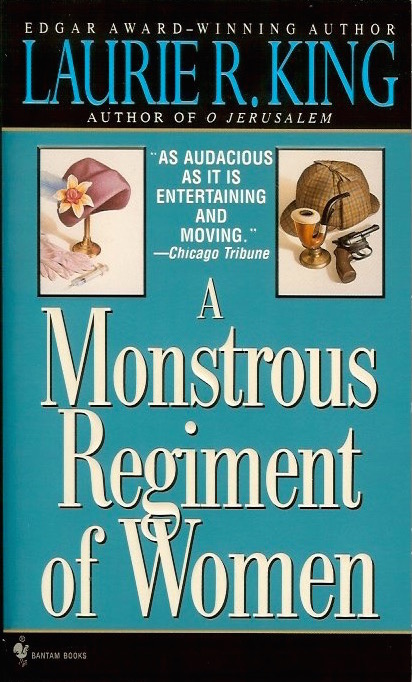 The dawn of 1921 finds Mary Russell, Sherlock Holmes's brilliant young apprentice, about to come into a considerable inheritance. Nevertheless, she still enjoys her nighttime prowls in disguise through London's grimy streets, where one night she encounters an old friend, now a charity worker among the poor. Veronica Beaconsfield introduces Russell to the New York Temple of God, a curious amalgam of church and feminist movement, led by the enigmatic, electrifying Margery Childe. Part suffragette, part mystic, she lives quite well for a woman of God from supposedly humble origins. Despite herself, Russell is drawn ever deeper into Childe's circle. When Veronica has a near-fatal accident–and turns out to be the fourth bluestocking in the group to meet with misadventure after changing her will–Russell and Holmes launch a quite investigation. But the Temple may bring the newly rich Russell far closer to heaven than she would like....