A major new collection of past Sherlock Holmes pastiche and parodies, assembled by famed publisher and Otto Penzler. Due for release October 27, 2015. 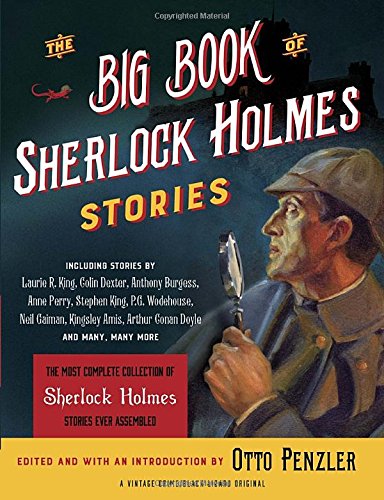 The biggest collection of Sherlock Holmes stories ever assembled!

Arguably no other character in history has been so enduringly popular as Sherlock Holmes. Ever since his first appearance, in Arthur Conan Doyle’s 1887 novella A Study in Scarlet, readers have loved reading about him almost as much as writers have loved writing about him.

No matter if your favorite Holmes is Basil Rathbone, Jeremy Brett, Robert Downey, Jr., or Benedict Cumberbatch, whether you are a lifelong fan or only recently acquainted with the Great Detective, readers of all ages are sure to enjoy The Big Book of Sherlock Holmes Stories.