Novelization of the 1979 film starring Christopher Plummer as Sherlock Holmes and James Mason as Dr. Watson. A good Holmes vs. Jack The Ripper tale incorporating a popular Royal conspiracy theory of the day. Recently released as a Special Edition Blu-ray. 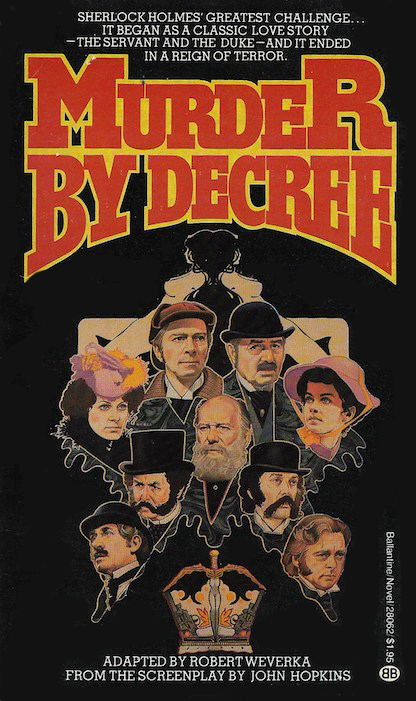 THE MOST INFAMOUS MURDERER IN THE ENTIRE CENTURY––

He terrorized a city.
He committed acts of unspeakable horror.
He ruled the shadows and the back alley.
He was called Jack the Ripper––

THE MOST ILLUSTRIOUS INVESTIGATOR OF ALL TIME––

He commanded boundless admiration.
He possessed ruthless intelligence.
He pursued his suspects with unfailing instincts.
He was Sherlock Holmes.