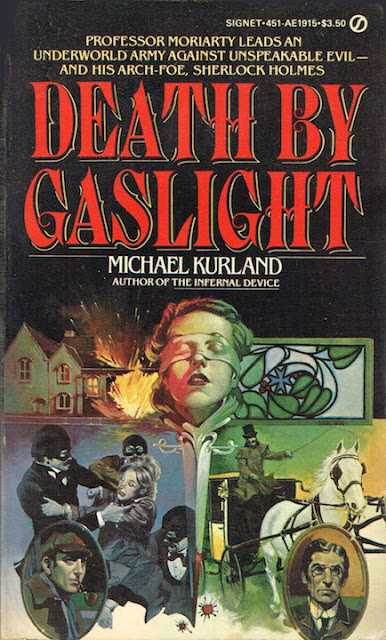 A killer who made Jack the Ripper seem gentle was slitting the throats of the cream of England's aristocracy. Naturally Scotland Yard launched total war against this monster, enlisting the great Sherlock Holmes himself.

Only when this ultimate weapon of the law failed to stem the blue-blodded deaths were they forced to play a last desperate card–Professor James Moriarty, the Napoleon of Crime, who had his own methods of fighting an evil that went beyond mere murder by gaslight to hell-lit depths of diabolical depravity and satanic sin....