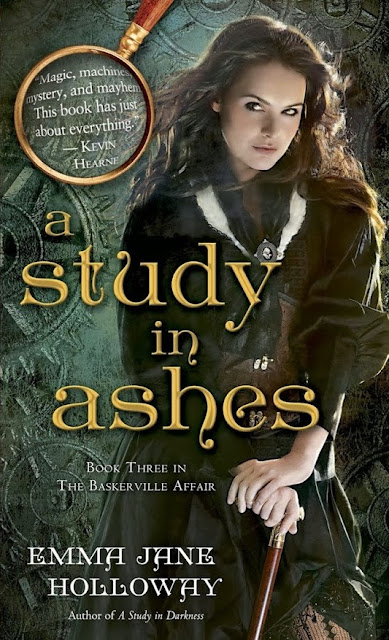 As part of her devil’s bargain with the industrial steam barons, Evelina Cooper is finally enrolled in the Ladies’ College of London. However, she’s attending as the Gold King’s pet magician, handcuffed and forbidden contact with even her closest relation, the detective Sherlock Holmes.

But Evelina’s problems are only part of a larger war. The Baskerville affair is finally coming to light, and the rebels are making their move to wrest power from the barons and restore it to Queen Victoria. Missing heirs and nightmare hounds are the order of the day—or at least that’s what Dr. Watson is telling the press.

But their plans are doomed unless Evelina escapes to unite her magic with the rebels’ machines—and even then her powers aren’t what they used to be. A sorcerer has awakened a dark hunger in Evelina’s soul, and only he can keep her from endangering them all. The only problem is . . . he’s dead.