The latest collection of new Holmes stories published by MX to help preserve the former home of Sir Arthur Conan Doyle. To be released concurrently with Part IX on May 22, 2018. 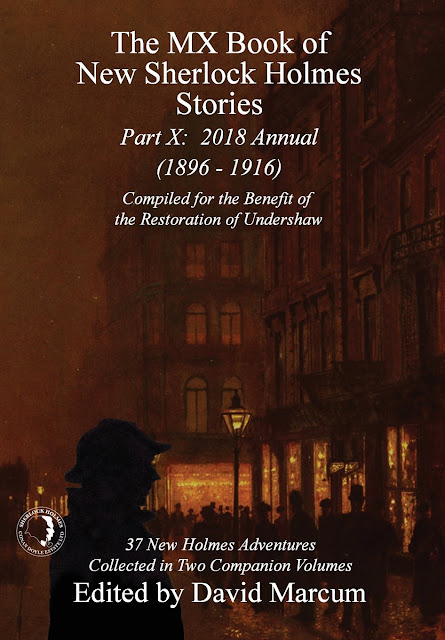 Once again, the adventures of Sherlock Holmes and Dr. Watson continue in this acclaimed anthology series, with thirty-seven new tales presented in two companion volumes - more Holmes than could fit into one book!