The first in a series of  Sherlock Holmes and Lucy James Mysteries by Charles Veley. 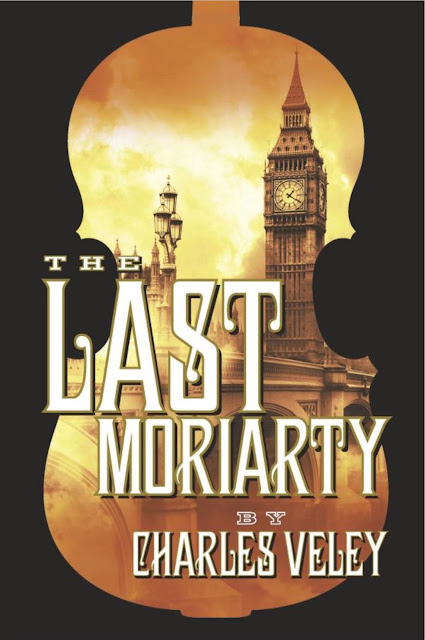 She needs protection, and only Sherlock Holmes can help her.

On a cold November morning in 1895, a young American actress visits 221B Baker Street. She is desperate for Holmes to protect her from the threats of a mysterious, menacing man who has recently appeared in her life. Holmes agrees to help the young actress, even though he has just promised the Prime Minister to solve the murder of John D. Rockefeller's security agent and prevent the incident from derailing an upcoming British-American summit. But then clues to the murder point to the late Professor Moriarty. And another lovely woman, this one from Holmes's past, reappears. Now the famously analytical detective must also look inward. Can Holmes prevent chaos on both sides of the Atlantic and unmask his newest client's shadowy antagonist? For Holmes and Watson, this is the adventure that changes everything.