A collection of original Holmes stories by The Davies Brothers first published as eBooks. 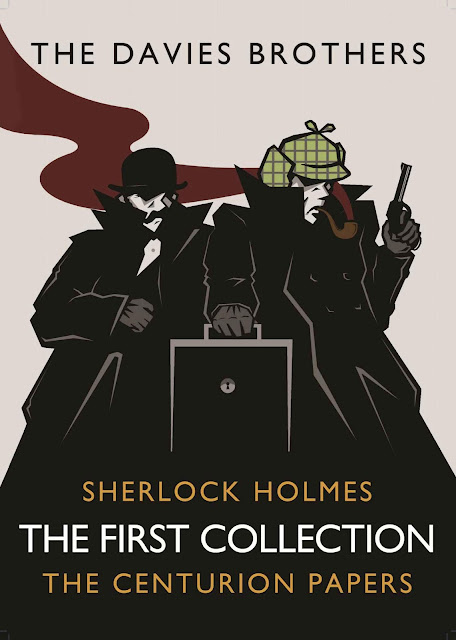 From The Davies Brothers, winners of the BAFTA Rocliffe New Writers Showcase (supported by the London Book Fair)... The Centurion Papers is a thrilling new series of Sherlock Holmes mysteries. Too explosive for publication, kept hidden for a hundred years... until now.

THE DEVIL'S MARK
London is ablaze with horror! A plague of ghastly deaths sweeps the capital, seemingly unrelated except for a strange tattoo found on the body of each victim – the mark of Satan. As a God-fearing mania engulfs the city, Sherlock Holmes must hunt the villain responsible for wreaking terror on its dark streets – a hunt that will bring him face to face with the devil himself.

THE SCORCHED EARTH
An old soldier haunted by the ghosts of war in Africa, a vengeful enemy hellbent on righting the wrongs of the Empire, and an island hiding the darkest of secrets… Sherlock Holmes and Dr Watson are in a race against time to solve the brutal mystery of the Scorched Earth – before an entire family is murdered.

THE WILLOWDEN SIRENS
Edwardian society is utterly bewitched by sensational photographs of fairies at play in a country idyll. But when a high-ranking diplomat is found dead in that very garden, Sherlock Holmes is called upon to solve the murder. Even as the evidence suggests the victim was killed by fairies, can Holmes finally expose the truth… however dark it might be?

THE M LEAGUE
Professor Moriarty is dead, but his legacy of evil lives on… Sherlock Holmes and Dr Watson are woken by the most macabre delivery to Baker Street – a boy left for dead, with the letter M scored into his back. He is the first of many victims, and Holmes will be next unless he can put an end to the most dangerous network of criminals ever assembled – a network that stretches to the very highest echelons of society…