Sherlock Holmes and the Musical Murders (2014)

The first volume of "The Final Tales of Sherlock Holmes" by John A. Little. 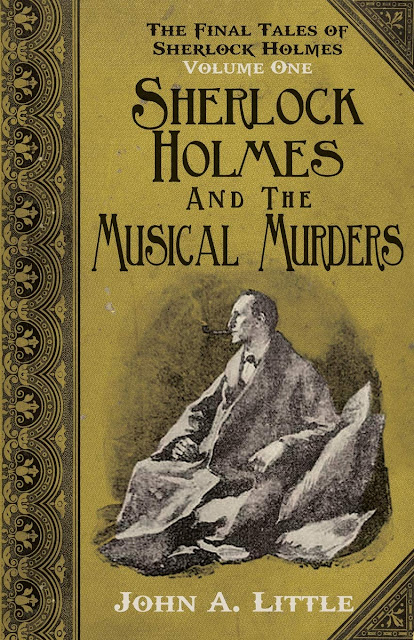 Holmes and Watson are plunged into the secret underworld of 1925 London, where a serial killer of musical (gay) men is afoot. The killer has a little list, and Sherlock is on it. Why? And what have the Bloomsbury Group and the Diogenes Club got to do with anything? Thanks to Royal Jelly, Holmes is a fit 71-year-old, who has lost his interest in bees and returned to detecting. He's not quite as sharp as he used to be, but he's still pretty sharp, and a bit of a vigilante in his old age. He meets up with his colleague and friend, Dr. John Hamish Watson, a 72-year-old not-quite-so-fit-at-all twice-widower, who hankers after the good old days of derring-do. They are joined by their excitable new housekeeper at 221B Baker Street, the brilliant, buxom Miss Lily Hudson and are helped in their work by Jasper Lestrade of Scotland Yard, the ambitious, respectful son of the late George Lestrade.