The second collection of "The Final Tales of Sherlock Holmes" by John A. Little. 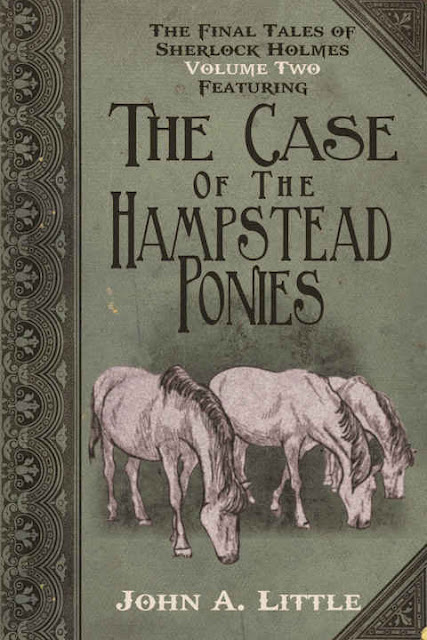 In this series of five short stories, Holmes and Watson continue their late investigations into dark crimes in 1920s London, joined by their excitable housekeeper at 221B Baker Street, the brilliant, buxom Miss Lily Hudson, and by Jasper Lestrade of Scotland Yard, the ambitious, respectful son of the late George Lestrade. Thanks to Royal Jelly, Holmes is a fit 71-year-old, who has lost his interest in bees and returned to detecting, joining forces again with his colleague and friend, Dr. John Hamish Watson, a 73-year-old unfit twice-widower, who hankers after the good old days of derring-do. Together they explore the case of the Hampstead Ponies, where a murdered baby is found upon the Heath; the Chelsea Necrophile and the mysterious organ that plays itself; the Holland Park Cannibal with a taste for home-made sausages; the truly nightmarish Richmond Werewolf; and the dangers of contagion in the search for the Hammersmith Hound.

Email ThisBlogThis!Share to TwitterShare to FacebookShare to Pinterest
Labels: Case of the Hampstead Ponies, Short Stories