The MX Book of New Sherlock Holmes Stories Part XVII: Whatever Remains Must Be the Truth (1891-1898) 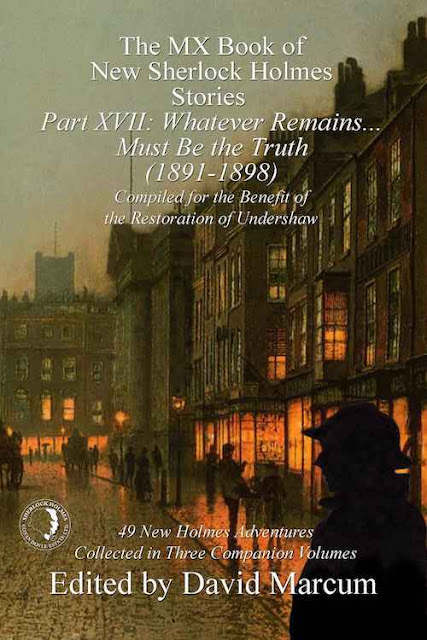 Part XVII: In 2015, The MX Book of New Sherlock Holmes Stories burst upon the scene, featuring adventures set within the correct time period, and written by many of today’s leading Sherlockian authors from around the world. Those first three volumes were overwhelmingly received, and there were soon calls for additional collections. Since then, their popularity has only continued to grow. And now we present a new three-volume set. Like 2017’s two-volumes set, Eliminate the Impossible, this new collection, Whatever Remains . . . Must Be the Truth features tales of Holmes’s encounters with seemingly impossible events – ghosts and hauntings, cults and curses, mythical beasts and mediums, angels and demons, and more.


Title: The MX Book of New Sherlock Holmes Stories Part XVII: Whatever Remains Must Be the Truth (1891-1898)
Year: 2019
Publisher: MX Publishing
Purchase: Amazon.com  | Amazon.co.uk
Posted by John Cox at 6:40 AM