More Holmes for the holidays. 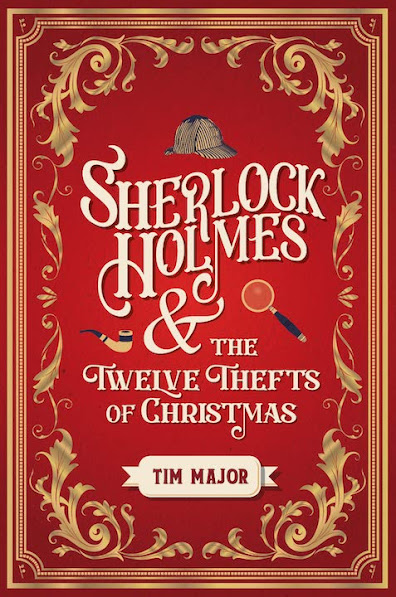 A thrilling chase as Sherlock Holmes is set a fiendish puzzle by Irene Adler over a snowy London Christmas, in this stunningly packaged mystery.

Sherlock Holmes’s discovery of a mysterious musical score initiates a devious Christmas challenge set by Irene Adler, with clues that are all variations on the theme of ‘theft without theft', such as a statue missing from a museum found hidden in the room it was taken from.

In the snowy London lead-up to Christmas, Holmes’s preoccupation with the "Adler Variations" risks him neglecting the case of his new client, Norwegian arctic explorer Fridtjof Nansen, who has received a series of threats in the form of animal carcasses left on his doorstep. Could they really be gifts from a strange spirit that has pursued Nansen since the completion of his expedition to cross Greenland? And might this case somehow be related to Irene Adler’s great game?