In the Company of Sherlock Holmes (2015)

A collection of new Holmes stories by noted authors. 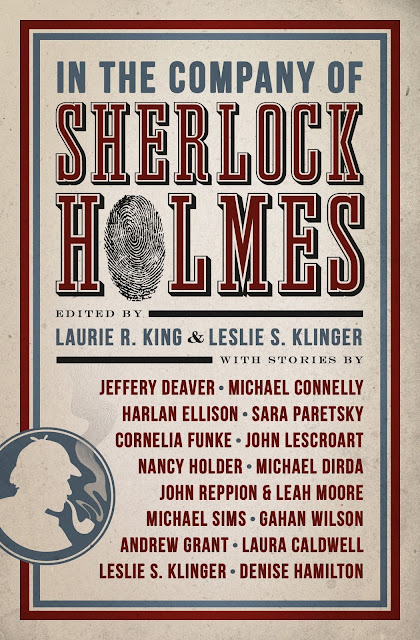 The follow-up to A Study in Sherlock a stunning new volume of original stories from award-winning Sherlockians Laurie R. King and Leslie S. Klinger. The Sherlock Holmes stories by Sir Arthur Conan Doyle were recently voted as the greatest mystery series of all time, and they have enthralled generations of readers and writers! Now, Holmes everyone's favourite detective, hero and eccentric is reincarnated in this series of brand new stories inspired by the Holmes canon, by an all-star collection of contemporary writers. The resulting volume is an absolute delight for Holmes fans both new and old, with contributions from Michael Connelly, Jeffery Deaver, Michael Dirda, Harlan Ellison, Denise Hamilton, Nancy Holder, John Lescroart, Sara Paretsky, Michael Sims and more. The game is afoot again!!

Email ThisBlogThis!Share to TwitterShare to FacebookShare to Pinterest
Labels: In the Company of Sherlock Holmes, Short Stories