The Lost Chronicles of Sherlock Holmes (2016) 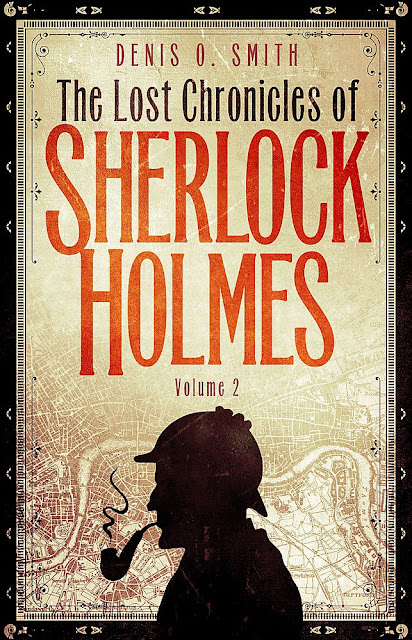 'Is it really possible, do you suppose,' said Sherlock Holmes to me one morning, as we took breakfast together, 'that a healthy and robust man may be so stricken with terror that he drops down dead?'

So begins Dr Watson's account at the beginning of 'The Adventures of the Brown Box', one of twelve new stories in another wonderful collection from acknowledged master of the form, Denis O. Smith. The other mysteries, many of them never previously published in a book, include 'The Adventure of the Velvet Mask', 'The Adventure of the Tomb on the Hill' and 'The Secret of Shoreswood Hall'.

These stories are of the sort most admired by fans of the Great Detective, in which a would-be client tells a strange tale and Holmes is inexorably drawn into a seemingly impenetrable mystery. Fast-paced and set in the in the late-nineteenth century, before Holmes's mysterious disappearance at the Reichenbach Falls, Smith's stories recreate with wonderful fidelity the very best of Conan Doyle's adventures.