Likely the first collection of Sherlock Holmes science fiction self published by four Sherlockians from Denver who called themselves The Council of Four. Includes two stories co-authored by August Derleth of Solar Pons fame. 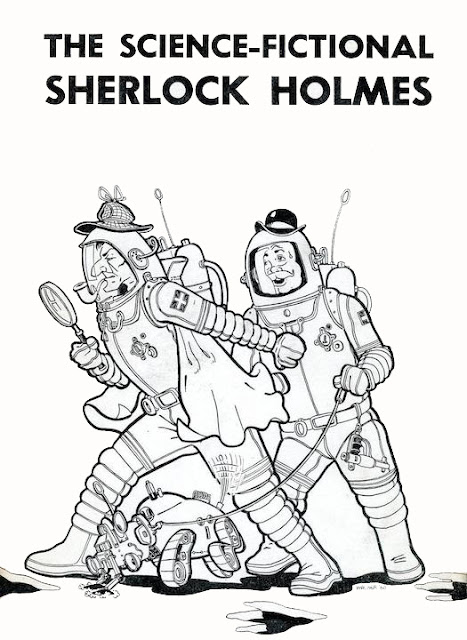 "But", you say, "Conan Doyle never wrote any science fiction stories involving Holmes." Well, this is a debatable point, for the opposing viewpoint see Anthony Boucher's introduction. Regardless of whether or not he did, there are some science fiction authors who felt that Holmes should have had some more adventures, preferable in the future. Now not only did they feel this way but they actually sat down and did something about giving the world more Holmes stories.

The Council of Four of Denver, scion society of the Baker Street Irregulars, has published this book for science fiction fans and Holmes enthusiasts wherever they may be. We trust you will enjoy the book.