Enola Holmes: The Case of the Missing Marquess (2020)

The first book in Nancy Springer's popular Enola Holmes series is now a successful movie from Netflix. The Case of the Missing Marquess was first released in 2006. This is a 2020 tie-in edition. 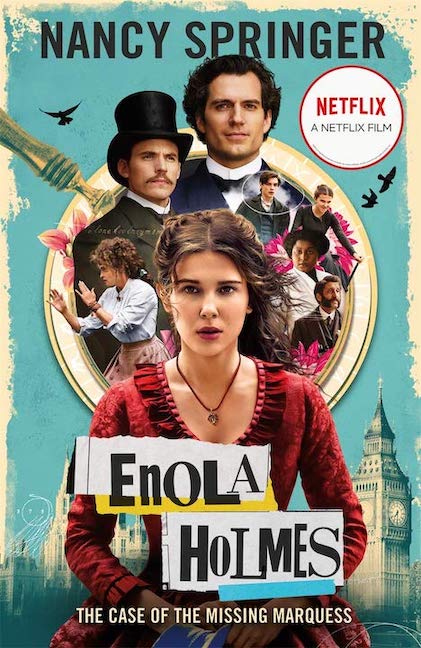 When Enola Holmes, sister to the detective Sherlock Holmes, discovers her mother has disappeared, she quickly embarks on a journey to London in search of her. But nothing can prepare her for what awaits. Because when she arrives, she finds herself involved in the kidnapping of a young marquess, fleeing murderous villains, and trying to elude her shrewd older brothers-all while attempting to piece together clues to her mother's strange disappearance. Amid all the mayhem, will Enola be able to decode the necessary clues and find her mother?