The Adventure of the Murdered Midwife (2020)

The first book in "The Early Case Files of Sherlock Holmes" series by Liese Sherwood-Fabre. 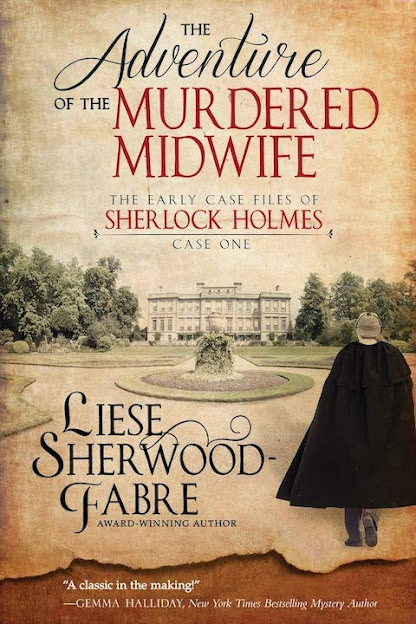 Arthur Conan Doyle provided few details on Holmes' boyhood. His ancestors were country squires, his grandmother was the sister of the French artist Vernet, and he had a brother named Mycroft - seven years his senior. Recently, a cache of documents has been discovered detailing, in Sherlock's own hand, his early forays into criminal investigation.Only weeks into his first year at Eton, Sherlock's father calls him and his brother back to Underbyrne, the ancestral estate. The village midwife has been found with a pitchfork in her back in the estate's garden, and Mrs. Holmes has been accused of the murder. Can Sherlock find the true killer in time to save her from the gallows?

Email ThisBlogThis!Share to TwitterShare to FacebookShare to Pinterest
Labels: Adventure of the Murdered Midwife