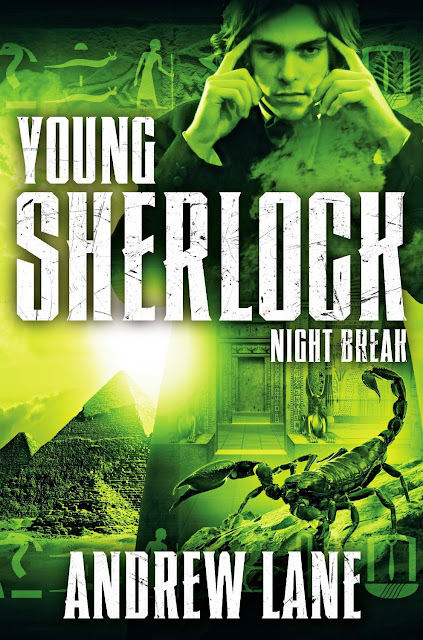 Sherlock's mother has died, his father has disappeared in India and his sister is acting strangely. The Holmes family seems to be falling apart, and not even brother Mycroft can keep it together. But while Sherlock is worrying about all of this, a man living nearby vanishes in his own house while Sherlock and Mycroft are visiting. Where did he go, and what is the connection with a massive canal being built in Egypt? The answer will rock the world, and tear the Holmes family apart!

Another fast-paced, brilliantly plotted adventure in Andrew Lane's Young Sherlock series as the teenage Sherlock Holmes investigates a new crime and comes up against a fresh crop of sinister, clever crooks.

UPDATE: As to the future of this series, I received this tweeted response from author Andrew Lane:


@MacKidsBooks don't want any, John, but my agent and I are considering options. I've started work on #9 regardless. Title is 'Wild Hunt'... https://t.co/NzbnHEmJm7
— Andrew Lane (@AndyLaneAuthor) February 4, 2017