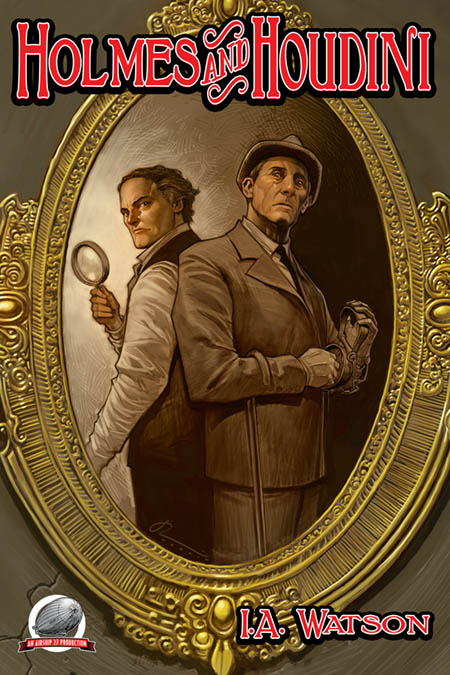 They call themselves the Far Edge Club, a mysterious cabal of rich, sadistic hedonists who live only to create pain and fear in others. Just one man has ever bested their perverted schemes, the world renowned magician and escape artist, Harry Houdini. London becomes the stage for their final confrontation.

The Club has recruited an army of killers in their maddened goal to destroy Houdini. But they are unaware he is not without his own allies. Joining the fray at the American’s side is none other than the Great Detective of Baker Street, Sherlock Holmes, and his loyal companion, Dr. Watson. Together these exceptional heroes will battle an insidious evil and attempt to solve the mystery of the Ghost Mask of L’Inconnu.

Writer I.A. Watson delivers an incredible adventure mystery that will keep readers up till the wee hours of the night. “Homes & Houdini” is New Pulp fiction at its finest.