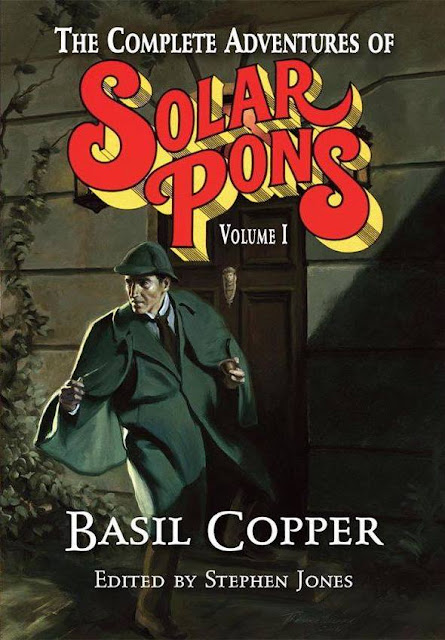 Basil never had the pleasure of seeing all his Pons stories collected in a definitive omnibus edition. However, before his death in April 2013 at the age of 89, he and I started working on these two volumes. I also wanted to collect all his macabre fiction together and, with the help of PS Publishing, we did just that in 2010. Two years later we collaborated again to publish Basil’s Gothic novel The Curse of the Fleers in a version that the author originally intended.

Although it saddens me that he never lived to see this handsome presentation of his entire Solar Pons Canon from the same imprint, I’m also heartened to know he was aware that we were working on it.

It has taken forty years but here, finally, are The Complete Adventures of Solar Pons by Basil Copper. Once again prepare to be plunged into an idyllic English countryside or the chill and foggy streets of London, as that great city’s second most famous consulting detective—ably supported by the reliable Dr. Lyndon Parker—uses his “ratiocinative” powers of logical deduction to solve murders both mysterious and macabre . . .