A popular Holmes pastiche by David Stuart Davies (his 3rd). Later published as part of The Further Adventures of Sherlock Holmes series. 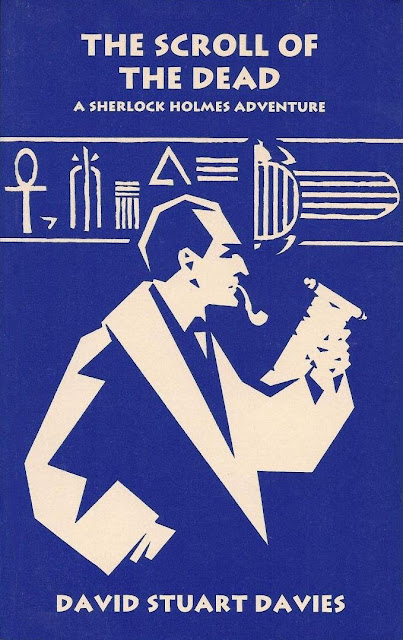 Holmes attends a seance to unmask an impostor posing as a medium, Sebastian Melmoth, a man hell-bent on obtaining immortality after the discovery of an ancient Egyptian papyrus. It is up to Holmes and Watson to stop him and avert disaster...

In this fast-paced adventure, the action moves from London to the picturesque Lake District as Sherlock Holmes and Dr Watson once more battle with the forces of evil.

Email ThisBlogThis!Share to TwitterShare to FacebookShare to Pinterest
Labels: David Stuart Davies, Scroll of the Dead