Sherlock Holmes and the Missing Shakespeare (2017)

The first of a self-published series called "The Watson Files." Always fun to see Shakespeare in the mix, but Amazon reviewers seem to agree that there's something "off" about this one (starting with the image of Holmes on the cover). 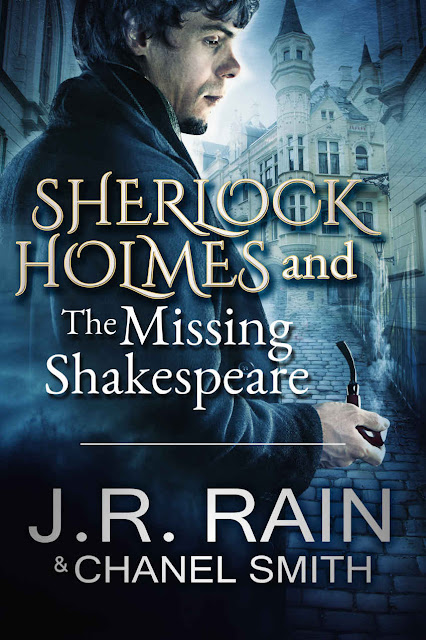 Bestselling author, J.R. Rain, has been delighting fans with his Samantha Moon vampire mysteries for nearly a decade. Now, he sets his sights on the world's most famous detective, Sherlock Holmes!

Sherlock Holmes, legendary sleuth of Victorian London, is asked to authenticate the work of what appears to be a long lost Shakespearean play. Alas, just as the famed detective is about to announce his conclusion, the manuscript is stolen - and the chase is on to locate and recover it...

Now, as the clever pair of investigators become the pursued, can Holmes and Watson locate and recover the missing Shakespeare play without dying at the hands of a diabolical killer?